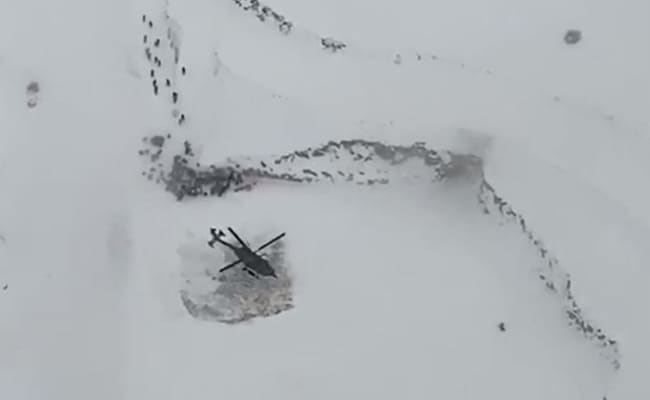 A group of tourists who were stranded in the icy heights of Zanskar River in Ladakh were rescued by the Army on Tuesday. The Army said several search and rescue teams from the “Fire and Fury Corps” were rushed in helicopters to the Chaddar trek route in the Union Territory after getting a request for help from the administration.

Several troops were mobilised from two directions to reach the tourists, who were stuck at a village along the Zanskar.

In a video, helicopters of the Army Aviation were seen landing at a makeshift helipad at Niraq, near the narrow ridges of Zanskar, to dismount troops for the rescue operation.

An Army medical officer accompanied the rescue teams to provide aid to the tourists, officials said. Medicines, emergency rations and warm clothing were brought in the helicopters, they said.

Six tourists who were suffering from frostbite and other illness due to the extreme cold were evacuated in the helicopters to the Army’s medical facility in Leh.

Chaddar Trek is an annual winter event in Ladakh, popular among tourists. The trek goes on the frozen Zanskar River over a period of four-five days, with staging halts in between.

No Other Way Than Implementing It